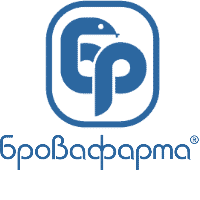 1 ml of the drug contains:

The liquid is colorless or light yellow, transparent.

Fipronil belongs to the insecticides of the phenylpyrazole group. Selectively blocks the work of GABA-dependent chlorine ion channels in the membranes of arthropod nerve cells, which leads to disruption of nerve impulse transmission, convulsions and death of ectoparasites.

S-methoprene is an analogue of juvenile hormone, which acts as a regulator of insect growth and inhibits their growth and morphological development at the stages of eggs, larvae and pupae, due to antagonism with ecdysone, which is responsible for the growth and development of the larva. The ovocidal effect of S-methoprene is manifested as a result of direct penetration into the shell of the laid eggs.

After topical application to the skin, fipronil is slowly absorbed (up to 11%) with a low maximum plasma concentration (Cmax) of about 35 ng / ml fipronil and 55 ng / ml of its major extensive metabolite fipronil sulfone. The maximum concentration of fipronil in blood plasma is reached slowly (after about 100 hours) and slowly decreases (elimination period – more than 150 hours).

Plasma concentrations of S-methoprene after dermal application are below the limits of their quantification (20 ng / ml).

S-methoprene and fipronil together with its metabolite fipronil-sulfone are well distributed in the fur of animals during the day after application. Their concentrations in the coat decrease over time, but the drug itself is detected even 60 days after application.

Ectoparasites die mainly due to contact with the drug: fleas – within 24 hours, mites and lice – within 48 hours. The drug is effective against fleas at all stages of their development for 8 weeks, against ticks – for at least 4 weeks after application.

Fipren is a low-toxic substance for warm-blooded animals and in the recommended doses does not give skin irritation, resorptive-toxic, embryotoxic and teratogenic effects.

The drug is applied with pipettes directly to the dry, healthy skin of animals so that the animal could not lick it – on the back between the shoulder blades.

Doses of the drug for different species of animals are listed in the table.

Dogs weighing more than 60 kg use a combination of pipettes of different volumes at the rate of 0.067 ml per 1 kg of body weight.

After application of the drug should avoid getting water (rain, bathing) on ​​the treated areas during the day.

During contact with the drug should follow the general rules of hygiene and safety adopted when working with veterinary drugs. Treatment of animals is carried out in rubber gloves. After it, wash your hands thoroughly with warm soapy water. In case of contact with skin, mucous membranes or eyes, rinse immediately with plenty of running water.

Within 24 hours after application of the drug, the animal’s fur may be greasy or sticky. At this time, animals can not be petted, sleep with them, allow small children to play with them. In places of application of the drug sometimes there are mild itching, hair loss, redness of the skin. At the increased individual sensitivity and emergence of allergic reactions the drug should be washed off with water with detergent and if necessary to appoint antihistamines.

Treatment and prevention of dogs, cats, ferrets in entomoses caused by fleas, lice and hairflies, acarosis caused by parasitic mites and sarcoptoid mite Sarcoptes canis, to prevent the attachment and development of ectoparasites.

Do not prescribe to animals with hypersensitivity to the active substances of the drug, infectious diseases, exhausted and weakened animals, puppies and kittens under 8 weeks of age, dogs weighing less than 2 kg, ferrets under 6 months of age, productive animals.

Do not use together with other insecticides.

In the manufacturer’s packaging, in a dry place, protected from direct sunlight, out of reach of children and animals, away from heating appliances, separately from food and feed at a temperature of +2 to +30 ° C.

Boehringer Ingelheim Frontline Spot It against fleas and ticks for cats

Frontline Spot is used to combat fleas, lice, lice, and ticks (ixodic, cheilitella, otodektosis) cats, by topical (point) application of the drug to the skin. Before processing, the tip of the pipette is broken off, the animal's hair is pushed apart in the region of the back (between the shoulder blades) and the preparation is applied to one or more points by pressing the pipette. Depending on the type and weight of animals, Frontline Spot pipettes are used of various sizes:
Add to wishlist
Add to cart
Quick view
-10%FipronilAntiparasitic

Effective against severe existing flea and tick infestations, and kills chewing lice · Effective against all stages of ticks, including deer ticks (the major carrier of Lyme disease) · Helps control sarcoptic mange infestations · Remains waterproof for 30 days, even if your dog or cat swims or is bathed
Add to wishlist
Add to cart
Quick view
-12%FipronilPermethrinAntiparasitic