AntiSex tablets for dogs and cats

Used to delay or interrupt estrus in bitches and cats, without negatively affecting subsequent pregnancies. In males and cats, the drug inhibits sexual activity and regulates their behavior.

490mg of the drug contains the active ingredient:

Blister of 10 tablets, a blister is packed in a cardboard box.

The drug has antiestrogenic and antiovulatory effects, is used to delay or interrupt estrus in bitches and cats, without negatively affecting subsequent pregnancies. In males and cats, the drug inhibits sexual activity and regulates their behavior.

Tablet from white to cream color with a specific odor.

490mg of the drug contains the active ingredient:

АТСvet QG03, hormones of the gonads and veterinary drugs used in the pathology of the genital area (QG03AC05, megestrol)

The active ingredient of the drug is a synthetic progestogen – megestrol acetate, a highly effective synthetic progesterone-like hormone. It acts on the hypothalamic-pituitary system, blocks the secretion of gonadotropic hormones of the adenohypophysis. A decrease in the level of gonadotropic hormones (FSH and LH) in the blood leads to a violation of folliculogenesis in females and testosterone synthesis in Leydig cells in males, as a result of which there is a suppression of sexual desire in animals.

When using the drug before the onset of estrus, females observe inhibition of the secretion of gonadotropic hormones and prevent ovulation. If the drug is used at the beginning of the follicular phase (second or third day of estrus), it leads to the interruption of estrus.

Megestrol acetate has the same effect as other progestogen drugs. Has significant antiestrogenic and antiglucocorticoid activity.

The drug is well absorbed from the gastrointestinal tract, metabolized in the liver, and excreted from the body.

Orally with food or forced directly onto the root of the tongue:

For sedation with sexual arousal – 1 tablet daily for 3 – 5 days.

To prevent estrus – 1 tablet for 10-14 days. After discontinuation of the drug, estrus occurs after 14 days;
To stop estrus – 1 tablet daily for 3 to 5 days (from the moment signs of sexual arousal appear)
As a contraceptive – 3 tablets within 24 hours after mating.

For sedation with sexual arousal – 1 tablet per 10 kg of animal body weight daily for 5 days.

The drug is not recommended for use in animals with diseases of the reproductive system (pyometra, metritis, endometritis), breast tumors, diabetes, immature animals, pregnant and lactating animals.

It is not recommended for young females before the first estrus or as anesthetic therapy for violations of the sexual cycle.

Blister of 10 tablets, a blister is packed in a cardboard box.

Store the drug in a dry, dark place out of the reach of children and animals, separately from food, and feed at a temperature of 4 to 25 0С.

For use in veterinary medicine!

$23.00
Used to prevent or terminate estrus and / or prevention of unwanted pregnancy in cats and bitches. 10 ml bottle.
Add to wishlist
Add to cart
Quick view
-10%NewCabergolineContraceptiveHormonal 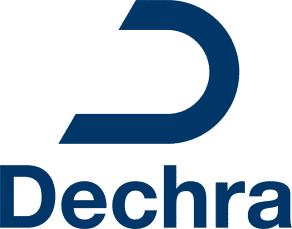 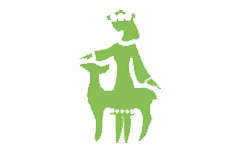 For use: - In inflammatory conditions of the skeletal-muscular system such as arthritis, tendinitis, tendovaginitis, synovitis; - Allergic skin conditions; - Allergic lung conditions such as bronchial asthma. Dexamethasone is a synthetic glucocorticoid with a strong anti-inflammatory effect. The pharmacological action and therapeutic indications of the active substance are good familiar. As maintenance therapy, dexamethasone can be used to treat various rheumatic, allergic, dermatological and disease-related diseases known to occur influenced by anti-inflammatory corticosteroids. The dexamethasone solution may be administered intravenously when immediate action is required.
Add to wishlist
Add to cart
Quick view
Shopping cart
close